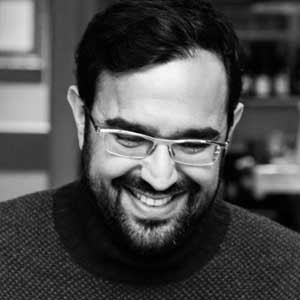 Serial entrepreneur, investor and strategist at Chief at Exponential View

Azeem Azhar is a strategist, product entrepreneur and analyst. Azeem is known for one of the most respected newsletters in tech industry, Exponential View. Among more than 21,000 readers are investors, academics, CEOs and journalists from around the world. Azeem is member of the editorial board of the Harvard Business Review.

Azeem built a successful startup: his ventur e-backed startup PeerIndex which applied machine learning to large-scale social media graphs to make predictions about web users was acquired by Brandwatch in 2014. As an investor he invests in tech startups, particularly in the AI sector.

Previously, Azeem held corporate roles at Reuters and the BBC, and had served as an editor at The Economist and The Guardian. In the early part of his career, Azeem covered technology at these two publications.

> Why we are underestimating the impact of automation and AI READ MORE >>
Do NOT follow this link or you will be banned from the site!