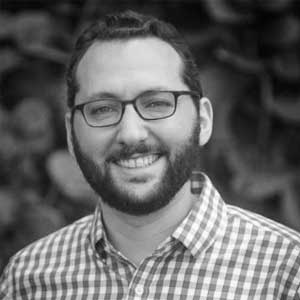 Daniel Mintz is the Chief Data Evangelist at Looker. Previously, he was Head of Data & Analytics at fast-growing media startup Upworthy and before that he was Director of Analytics at political powerhouse MoveOn.org. Throughout his career, Daniel has focused on how people interact with data in their everyday lives and how they can use it to get better at what they do.

Daniel has appeared in numerous media venues, from NPR’s All Things Considered to MSNBC’s The Last Word to The New York Times and The Washington Post. He has served on panels at eMetrics, the Big Data Innovation Summit, Netroots Nation, Rootscamp, and Yale Law School and is a frequent trainer in statistics and analytics.

Daniel received his bachelor’s degree in Music and Political Science from Rutgers University and his master’s degree in Multimedia Engineering from UC Santa Barbara’s Media Arts and Technology program. He lives in Brooklyn with his wife, his daughter, and his giant white dog, and is an avid photographer and bread baker.

> Building the perfect data team READ MORE >>
Do NOT follow this link or you will be banned from the site!