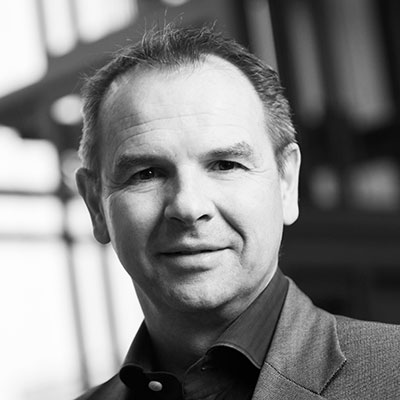 An experienced senior executive with over 25 years in the information technology industry, Erich Gerber is responsible for TIBCO Software’s business across international markets, which consist of Asia Pacific, Europe, Middle East, and Africa.

Erich has wide experience covering global markets, direct and indirect sales, as well as Infrastructure and BI software. Having led various organisations in senior leadership positions with American- and German-driven company structures, Erich is an adept and adaptable leader with a keen focus on developing global customer relationships and bringing to market timely solutions that that deliver value.

With his extensive experience and track record for overachievement, Erich has built teams that have delivered significant growth by fine-tuning business operations and successfully managing profitability.

Having joined TIBCO Software in 2009 as the Regional Vice President for the Central and Eastern European and Nordics region, Erich doubled the licensing revenue for the markets under his purview between the financial years of 2009 and 2012. Under his stewardship, the total revenue of these markets had also increased by 75%, which constituted approximately 10% of the company’s overall revenue.

In late 2014, Erich was appointed as the Vice President for Global Sales Operations at TIBCO Software’s headquarters in Palo Alto, US, where he spearheaded the company’s transformation initiatives, in addition to his global revenue and sales responsibilities.

Erich then continued the journey as the General Manager for Asia Pacific Japan in 2016 where he led the sales function by executing a strategic go-to-market plan that fosters deeper customer engagements, strengthens partnerships, and builds a greater network of alliances in the region.

He is married, a father of two, and is a sports and fitness enthusiast who engages in skiing, as well as cycling, in his spare time.

> 5G, Hong Kong International airport and the importance of moving fast in a digital world READ FEATURE >> > Fun, data and airport experience READ FEATURE >>
Do NOT follow this link or you will be banned from the site!