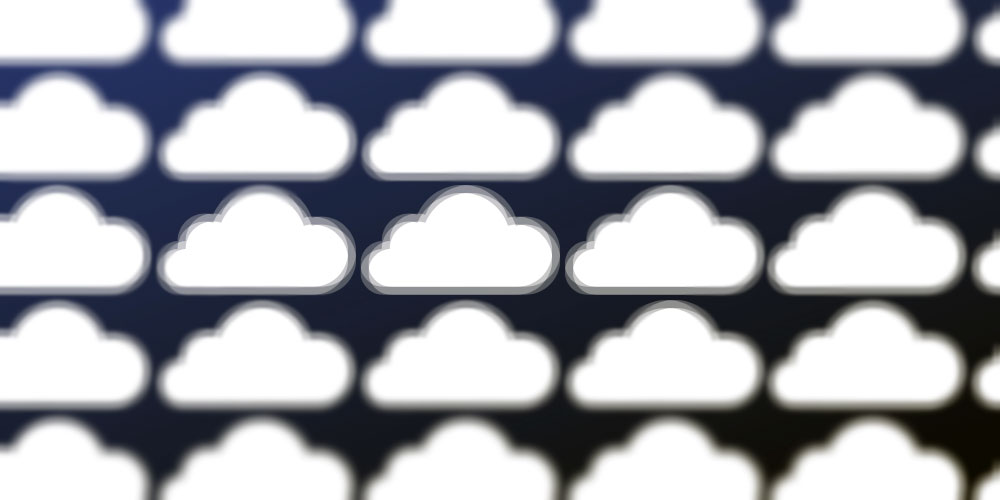 There’s a rising contender in the cloud race. Archana Kesevan explores the implications

We’re now living in a multi-cloud world. More businesses than ever are deploying a multi-cloud strategy and reaping the benefits. The numbers speak for themselves – with Cisco estimating that more than half of enterprises already use an average of four different cloud vendors, and Gartner predicting that 70 percent of enterprises will employ a multicloud strategy by the end of this year.

In fact, having seen enormous growth in the last few years since opening its first data centre in the US in 2015, Alibaba Cloud is now the third biggest cloud provider after Amazon and Microsoft, with a 7.7 percent share last year. For businesses looking to develop a successful multi-cloud strategy, Alibaba Cloud is now a serious contender in the cloud race and is increasingly being considered as a potential cloud partner.

However, as with every implementation decision, there are a number of deliberations that need to be made. So, what do businesses need to consider before collaborating with a new cloud provider?

How much control are you willing to relinquish to third parties?

With competition rife in almost all consumer-facing industries, creating a good digital experience has become king for all businesses. In fact, by 2020 it is predicted to overtake price and product as the key brand differentiator. To create a reliable, seamless digital experience that meets customer and employee growing demands, realistically most companies must employ the help of cloud and third-party technologies. Investing in their own developed infrastructure and services is time and resource consuming and is therefore often just not possible.

However, whether it’s IaaS, SaaS, ISPs or CDNs, relying so heavily on third-party service providers means handing over much of the control they’ve previously had over their IT systems. When it comes to IT infrastructure, what was once a controlled and managed ecosystem is much more shared and potentially complicated. Given that an estimated 96 percent of businesses use the cloud in some manner, nearly every company is now operating on networks outside of their ownership, leading to an increasingly complex multi-cloud architecture.

So, why does this lack of control and visibility matter? Well, if something goes wrong and a business experiences a digital outage, such loss of control and network visibility can be significantly harmful to factors beyond the IT team, including employee productivity, brand reputation and even bottom lines. For example, Amazon lost an estimated $100 million due to an outage during one of its busiest days of the calendar year, Prime Day. You don’t need to be a retail behemoth, though, to feel the impact of taking your network and the ability to deal with issues related to it for granted.

Another key factor businesses need to consider is geography. This means having insight into the nuances between Internet infrastructure in different parts of the world and how each cloud provider performs in each region.

Internet infrastructure in Asia-Pacific (APAC), especially South-East Asia, is very different to the U.S. & Europe.  Let’s use the Asia-Pasific region, as an example. Infrastructure in this region is largely different to that in the US and Europe. According to the 2018 ThousandEyes Public Cloud Performance Benchmark Report, the Asia-Pacific region showed some of the highest performance variability across the major IaaS providers, demonstrating the need for in-region vantage points within and across all major public cloud providers.

The current situation is that there is a cloud performance gap across regions outside of the US and Europe, and as a result IT leaders have had to rely on instinct and information given by vendors to formulate their cloud strategies and connectivity architectures.

It’s important to understand the numerous geographical anomalies that currently occur with cloud networks. Let’s take GCP as an example, its overall network is strong but there isn’t  yet a direct fibre route in the GCP’s network from Europe to the Indian subcontinent. This means traffic from users in Europe going to Mumbai will take three times as long to get there with GCP, when compared  with Microsoft Azure or AWS. Although the big players are constantly building out their networks, it’s still helpful to have real data on these anomalies, especially when you’re making hosting decisions in markets that may be affected.

Further to this, in the Asian region, AWS demonstrated 35 percent less network performance stability than GCP and 56 percent less than Azure. Again, geography matters here as, due to sovereign controls over Internet behaviour, inconsistencies in China play a significant role in application performance.

Traditional monitoring tools and cloud-native point solutions both lack the ability to see beyond internal enterprise networks or outside of their own networks, respectively. This means that companies that rely on either, or both, are leaving the broader Internet unmonitored, jeopardising existing investments and becoming at increased risk of delivering poor digital experiences.

So, what’s the solution? Businesses need more visibility into public cloud infrastructure across regions and service providers, including players who are growing in dominance like Alibaba Cloud.

The cloud performance race is on

The rise of digital services has allowed businesses to reach new customers on a global scale. You only need to look at Alibaba’s exponential growth as an example of this. Yet, for businesses looking to integrate cloud services into their own infrastructure, it’s important to remember that not all cloud providers are the same – their networks and the way they handle traffic in certain regions can look very different.

Alibaba Cloud is certainly knocking on the door of the other big providers, in a bid to take some of their market share. As a result, competition between the key cloud providers will continue to evolve, especially around performance. This makes it hard to predict how the cloud computing landscape will look like in one year, let alone five. However, the key takeaway here is: an understanding of the nuances between providers is vital consideration for your multi-cloud strategy.

Don’t make a lift and shift-heap of your hybrid s...

Editorial: Why Big Tech can be proud of its coronavirus response
Read More >>