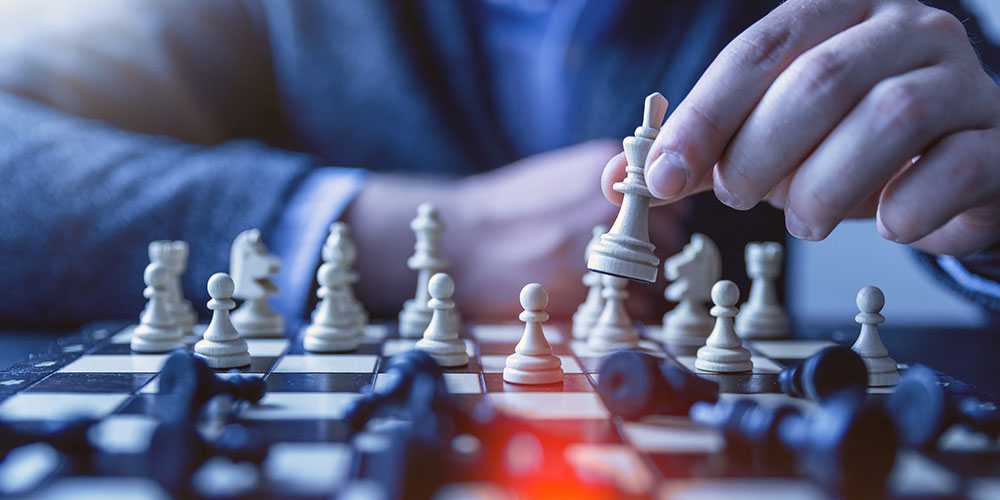 According to some commentators, gamification first started when an American popcorn brand called Cracker Jack began stashing free prizes in every bag of its popcorn. However, the term didn’t cement until the 1980s when academics began researching ways that learning could be gamified.

It wasn’t until around 2011 when corporate gamification truly arrived, thanks to the runaway success of applications like Foursquare. As is the fashion, the same year the Oxford English Dictionary added gamification to its word of the year shortlist, defining it as “the application of concepts and techniques from games to other areas of activity”.

For the corporate world, gamification is generally understood as using gaming principles to engage consumers, for instance by providing points, levels and badges that unlock prizes. Candy Crush took the notion to its logical limit, by using the game itself as a vehicle for driving sales.

While the term gained traction in the business world when Candy Crush entered the scene, interest waned after many businesses struggled to design compelling applications. New technologies too, like AR and VR, have captured the corporate imagination, relegating gamification to a long list of digital transformation fads.

Now Anders Lange, head of strategic gamification at Gucci, wants to revive and extend corporate gamification in a radically new way. While until now, gamification has been conceived as a consumer-facing endeavour, Lange (an old-fashioned gamer himself) says the principles should be applied internally too. In other words, businesses should start thinking of their entire business as a game, and use the game to drive contextual business decisions.

“VR and AR are still out in the future for a lot of companies, but gamification is something you can do right here and now,” Lange says.

Gamification as a business strategy

This shift doesn’t nullify the consumer-facing aspect of gamification, it just broadens it to fully encompass the totality of business strategy. In a nutshell, it boils down using classical gaming concepts as a lens through which to view business strategy.

In order to design their strategy, game companies first identify what Lange calls the “enablers”: The game engine, dynamic world, and definition.

The game engine is all the building blocks of a company that enable it to run. Lange identifies four that cover the bases of most enterprises: IT infrastructure, HR, company culture and finance and will.

“Start simple: Take a chessboard and put on the pieces. Start with the pawns, and make them represent different functions of the company. And then say ‘Which ones am I willing to sacrifice to win the game?, and ‘Which one can actually become the next queen?’. You start slowly by thinking in that way.”

The next component businesses need to define is the dynamic world, which refers to the real world in which they play their game. The game that Lange draws the most inspiration from is role-playing classic Dungeons and Dragons. A retailer, for example, might treat its stores as different “worlds”, consumers as characters (e.g. sorcerers or wizards), supporting characters as employees, powerups as new technologies, monsters as competitors, and quests as goals or visions.

“New technologies too, like AR and VR, have captured the corporate imagination, relegating gamification to a long list of digital transformation fads”

Consumer profiling is central to defining the dynamic world. Businesses already gather masses of data on consumers, which are usually taken from purchasing habits that are then broken into demographics. Lange says this approach fails to properly “understand” the consumer. Rather data needs to be stratified and compiled into characters that consider background, personality and emotions. In essence, Lange advocates an intelligent way to sourcing and ordering data — this aspect of gamification can be thought of as a nerdy take on data visualisation.

“A sorcerer is someone who is motivated by charisma and who needs something to be beautiful, then you might have the wizard who is more intelligent — that means you have to focus on how to build an intelligent application,” Lange says.

“By filling out a personality, you see what is actually missing. You’re forced to use variables that actually increase engagement, like using the right model with the right colour of eyes. These are things you can’t see in the data. But if you actually research it you can figure it out, you get a lot better engagement.”

“If you’re filling in these blanks, you’re connecting more with consumers and you’re creating a lot more context on the consumer. And that actually moves the business forward instead of just following everyone else.”

The last enabler is “the definition”. This is the company’s brand identity, what it is and why it exists. On the surface, this might appear to be the easiest step when designing the game — but Lange says he finds many companies have, over time, lost track of their identity by slavishly imitating competitors.

“If you go onto a company page and look at its values, you can find ten competitors that have the same ones. Values are not just what you have written ten years ago or what society wants right now,” Lange says.

“Businesses should work on [the definition] every year, quarterly, and monthly. Why? Because the dynamic world changes so often that they need to periodically update who they are and what they are based on what they learn.”

By combining these three, the components of the company, its identity and the world in which it operates, organisations move from generating data about themselves to generating information, all anchored to an intuitive framework.

Lange says it’s therefore easier for them to make decisions with agility. Companies constantly adapt to the consumer and the world outside before they get caught out or left behind.

Getting the board on board

It’s not hard to see why a gamified theory of strategy might be a hard sell to the C-Suite. Indeed strategy theories in general have a bad reputation because the daily actions of consumers and stakeholders rarely match the business strategy itself. The beauty of gamification, Lange says is that it ties together a variety of strategies and makes them easy to understand and act on.

“Companies forget that strategy needs to be turned into action in the real dynamic world before it makes sense. Gamification will take you through every process you need to create growth from strategy to action to measurement.”

In his experience, Lange has found buy-in easy to obtain by jettisoning the word “gamification” when introducing the approach to the board. Instead, he recommends selling it as a context strategy or framework that generates knowledge about the company’s DNA and how to act.

“By getting context you make better decisions, minimise risk, make better investments and generate higher engagement. So sometimes you just have to hide what it’s called, at least in the beginning,” he says.

“If your board comprises 90-year-old men with grey hair, probably don’t use [gamification]. But if you have a young company where you have an advisory board with people from the age of 25 and up, they would love it. So figure out who your audience is, just like everything else.”

eCommerce Expo is the leading event in eCommerce with over 15,000 retail professionals attending over two days.

gamification strategy
Send us a correction Send us a news tip

Seeing through the cloud: looking beyond headline stats

Building trust into our technologies: democracy’s path forward in the present...

Q&A: What’s new and what’s next in cabling and smart city in...