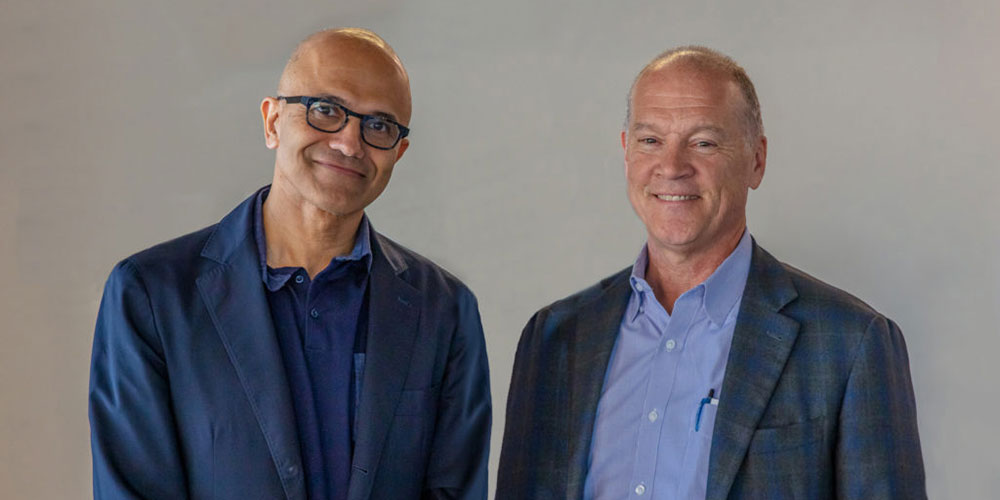 Microsoft has announced a “multiyear strategic alliance” with AT&T to develop cloud, AI and 5G technologies.

Under the deal, AT&T will integrate Microsoft 365 across its organisation and migrate non-network infrastructure to Microsoft Azure.

AT&T will also provide Microsoft access to its vast footprint of 5G infrastructure so the tech giant can test and develop edge computing applications, such as “near instantaneous” AI-powered voice translation.

A source familiar with the matter told Reuters that the deal is worth more than $2 billion.

AT&T CEO John Donovan said the agreement is part of the company’s efforts to become “public cloud first” by 2024. The deal will see Microsoft become the company’s “preferred” public cloud provider, as it battles with Google and AWS to land major public cloud contracts.

“AT&T and Microsoft are among the most committed companies to fostering technology that serves people,” Donovan said.

“By working together on common efforts around 5G, the cloud, and AI, we will accelerate the speed of innovation and impact for our customers and our communities.”

Satya Nadella, CEO of Microsoft, said that Microsoft inked the deal due to the growing importance of 5G and edge computing, technologies that AT&T has been working on for some time.

“AT&T is at the forefront of defining how advances in technology, including 5G and edge computing, will transform every aspect of work and life,” Nadella said.

“The world’s leading companies run on our cloud, and we are delighted that AT&T chose Microsoft to accelerate its innovation. Together, we will apply the power of Azure and Microsoft 365 to transform the way AT&T’s workforce collaborates and to shape the future of media and communications for people everywhere.”

AT&T and Microsoft will also work together on technology-enabled approaches and solutions aimed at social good, the companies said.

Microsoft and Oracle are connecting their clouds

Met Police arming itself with Microsoft 365 and Azure

Schneider Electric and AVEVA team up to simplify data centre operations for h...