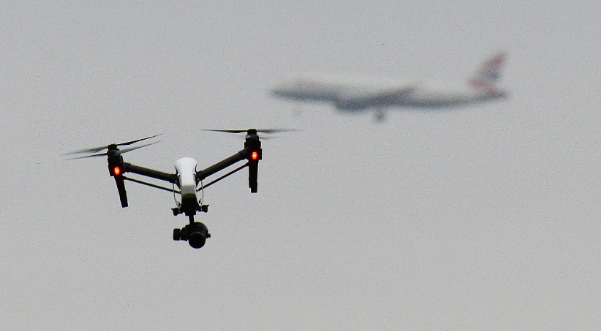 More must be done to understand the risks posed by drones to public safety and privacy, with clearer penalties, the Government has been told by a group of MPs.

The House of Commons Science and Technology Committee has been examining the rise of drones, in a bid to address increased fears following a number of near-misses with aircraft.

It is calling for a white paper by summer 2020, that sets out plans to integrate drones into society, mitigating the risks while maximising the technology’s potential for innovations like parcel delivery and human transportation.

The committee wants to see clarity on penalties relating to improper drone use in a forthcoming Drones Bill, with explicit penalties on using the devices as weapons, disabling in-built safety features and failure to register them.

It expressed concern about differing accounts within the aviation community about the likely severity of damage following a drone collision with an airplane, saying there should be extensive collision testing to better understand the risk.

The British Airline Pilots’ Association (Balpa) welcomed the report, telling the drone industry to “stop downplaying or ignoring the risks”.

“I am pleased to see the Science and Technology Committee has understood the serious threat posed by drones and recommended measures to keep drones and manned aircraft apart,” said Balpa general secretary Brian Strutton.

“The drone industry needs to get on board with this and stop downplaying or ignoring the risks.

“Comments made by some drone users and the drone lobby to the committee are very concerning and show a deep disbelief that drones could prove dangerous to manned flying. They can do.

“It is very simple. We all need to find ways to keep drones away from manned aircraft. We can either work together to make that happen, or the drone industry can continue to pretend there is no threat, no risk and no danger.”

The Government is also urged to ensure a proposed new registration system – which would see model aircraft owners in the UK charged £16.50 a year – is fit for purpose and does not deter people from registering.

However, it believes some will simply bypass registration and testing – a view which unmanned aircraft flying association FPV UK agrees with, calling it “a multi-million pound waste of time”.

“We agree that the proposed cost for drone registration is so high that it will dissuade individuals from registering,” a spokesman explained.

Committee chair Norman Lamb said: “The Government must set out a clear vision that outlines the steps that it and other agencies will take to achieve a future vision and we hope to see a white paper no later than summer 2020.

“We know there are risks. As such, a Drones Bill must be introduced to Parliament next month. It must address the various risks – from weaponisation to the invasion of privacy—posed by drones.

“While legislation will not solve all the problems posed by drones, including nefarious drone users, it is an important step forward in making our airspace safer.

“The Government must recognise the extent of societal change that drone technology can bring about and launch a public awareness campaign that presents a realistic picture of the opportunities and risks posed by drones.”

In response to the report, the Department for Transport said it already has in place legislation to regulate the use of unmanned aircraft to ensure they are used safely.

“We have amended the Air Navigation Order 2016 to extend the flight restriction zones around protected aerodromes, introduced a registration and competency testing scheme and introduced a requirement to seek authorisation from the CAA to fly an unmanned aircraft above 400 feet,” a spokeswoman said.

“We have consulted on this emerging technology with industry and the public and plan to introduce further legislation which will help the police to tackle the misuse of unmanned aircraft.”

government UK
Send us a correction Send us a news tip