Can data feed the world? 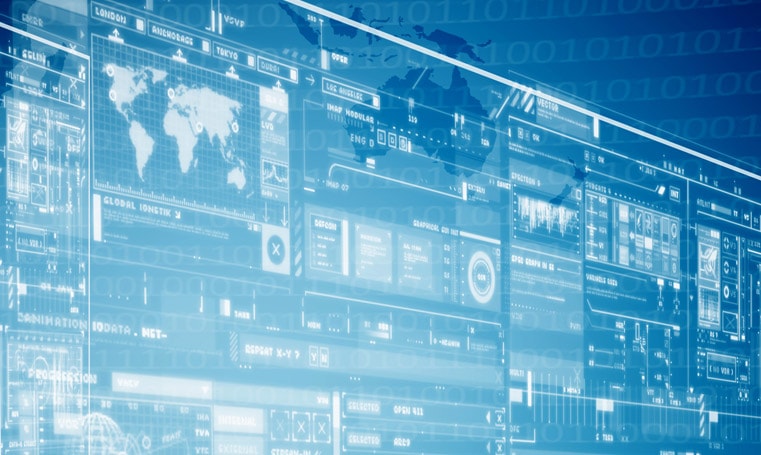 The world’s population is increasing. The United Nations forecasts a figure of 9.6 billion by 2050, up from just over 7 billion currently.

This will require a 70% increase in food production, according to the Food and Agricultural Organisation of the United Nations.

How will this be achieved?

Increasing agricultural output in one option. Then again, in a world of finite resources it’s not really a long-term solution .

Growing food in a petri dish? That raises all sorts of moral and ethical questions.

Instead, forward-thinking experts are looking beyond food.

Global Open Data for Agriculture and Nutrition (GODAN) “supports the proactive sharing of open data to make information about agriculture and nutrition available, accessible and usable to deal with the urgent challenge of ensuring world food security”.

Launched in 2013, the initiative comprises 143 partners from governments, NGOs, international organisations and the private sector. A stated aim is to promote “collaboration to harness the growing volume of data generated by new technologies to solve long-standing problems and to benefit farmers and the health of consumers”.

Open data is a concept similar to other “open” movements, such as Wikipedia, open source software, or the OpenStack cloud movement. Making a resource open, for the benefit of all. To be used, reused or distributed by its users.

GODAN’s vision is to apply these principles to global nutritional and agricultural data. For example, equipping farmers in less-developed countries with data to make better purchasing decisions. Providing historical data in order to predict weather patterns.

Open farming in the UK

In June, the British government announced a plan to release 8,000 data sets from its environmental department.

Farmers would be able to access a range of environment-related data to enable better farming techniques. From real-time air quality and river level readings, to biodiversity data and pinpointing locations for optimum soil conditions and microclimates.

“Harnessing this open data will help food and farming achieve its full potential and enable the UK to become a one-nation economy, where the productivity of the countryside will be brought up to the level of our towns and cities,” states the report.

Of course, gathering data is just one element.

These volumes of data also need infrastructure for effective storage, analysis and crunching. That’s where organisations like SemaGrow come in. The EU-funded project has a stated aim of uncovering “Reactive algorithms, infrastructures and methodologies for scaling up data intensive techniques up to extremely large data volumes and real time performance”.

This includes finding ways to harness data – sending and receiving queries via the web, mapping, and indexing. Scalable and robust cloud services will be needed to support these initiatives.

And then there’s the “end users” – the farmers.

John Deere is an American manufacturer of agricultural, construction and forestry machinery. Established in 1837, the company is embracing technology to help farmers increase productivity and efficiency. Sensors in its products gather data about soil conditions, soil and crop information.

This is then stored and made available via apps, to guide farmers on all aspects of farming techniques. From which crops to plant when and where, to how to forecast yields and revenue. Farming becomes smarter, more efficient, and more productive.

This approach takes the potential of the Internet of Things, and applies it for the benefit of farmers everywhere.

From machinery and automation, to pesticides and genetically modified crops, agriculture has undergone great changes in recent times. And now, this ancient practice is set for more transformation. This time, fuelled by data.

But to successfully manage this data, the infrastructure  needs to be in place. And so another transformation will be required: From data centre to Digital Centre.