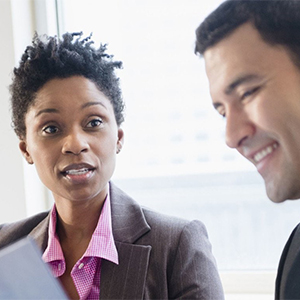 Moving to the cloud is an important business decision that can impact not only how a company runs but its bottom line. Top concerns for businesses when considering a migration to the cloud include cost, security and flexibility, according to a recent report by IDG Enterprise.

Of large enterprises, 89 percent have either deployed or plan to adopt a private cloud service through 2014, revealed a Gartner research report.

Flexibility and agility are key reasons that companies turn to a private cloud platform.“An enterprise private cloud offers many of the agility and efficiency benefits of public clouds without the potential risks associated with having highly sensitive applications and data outside the enterprise perimeter,” Intel stated in its June 2014 white paper, “Simplifying the Path for Building an Enterprise Private Cloud.”

In addition, a private cloud can help an organization maintain compliance with industry regulations such as the Health Insurance Portability and Accountability Act (HIPAA).

Automation in the private cloud

“Private clouds allow for automation to flourish within the [IT] environment,” Jeffrey Lush, CTO of Dell Services Federal Government, said.

In a private cloud, companies automate life cycle management, provisioning of services, configuration of virtual machines and preapproval of IT resources and funding, Lush noted in a video.

This automation brings the ability to save money on staff and reduce time to market. “There’s less manual intervention by administrators to deliver capabilities, and developers can be much more rapid in their creation of services,” Richard Villars, an IDC analyst, told Tech Page One.

A private, self-provisioning cloud lets users install their applications in minutes without help from IT. “Projects don’t languish, and users can gain access to the capacity they need on demand,” Intel stated in its “Virtualization and Cloud Computing” planning guide.

An automated IT environment can indirectly make applications more secure, according to Villars.

“If you have a good automated private cloud environment, you’ve reduced the chance for error and by that nature you’ve made your environment more secure, even if it’s not perfect security,” Villars said.

Establishing a private cloud enables companies to speed up deployment of applications for customers and extend public services as needed, according to Intel’s planning guide.

Private clouds allow companies to scale network capacity and grow their IT infrastructure. Enterprises can move workloads and set rules specifying when applications can run on various servers, said Lush.

Workloads that are moved to the cloud include customer relationship management and business intelligence analytics. Agility and reduced costs are key elements of a company’s operating requirements, and a private cloud can help to address these areas, said Villars.

In a private cloud, companies gain efficiency by providing a standard environment for applications. “The main value of private cloud is that a company is moving to a much more standardized, underlying infrastructure,” Villars said.

An advantage to implementing a private cloud is the flexibility, or modularity, to scale applications in the cloud and add new services when needed, said Judith Hurwitz, CEO of consulting firm Hurwitz & Associates.

A private cloud interface that’s well defined can help companies be agile and adjust to business conditions, she noted.

“A lot of the older applications are written so you can’t just change a service; you have to have modularity of code and business services and be able to bring in services when needed,” she said. “If you don’t have modularity, you won’t be able to use those services because they won’t integrate well with your code.”

More than half of enterprises planned to prioritize building a private cloud in 2014, revealed a Forrester Research report.

Download the following e-book to learn more about how to make your company more efficient by adopting a private cloud platform.