Television’s are Smarter Than Ever 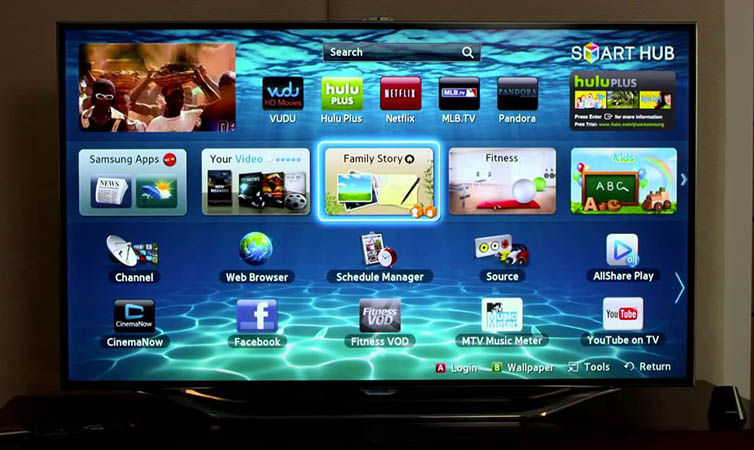 The humble Television has come a long way since it’s initial creation in the 1920’s. These days we have TVs that are almost computers and they are always innovating and exploring new ideas. Many of them are now staples in the tech industry.

Smart TVs are now commonplace with 4K TVs exceeding expectations. Users can access streaming and on-demand services like Netflix or BBC iPlayer on their TV without needing a Roku Box or similar devices. Apps on your phone or tablet can now interact with the TV, for example YouTube have a cast button that puts the video you are watching on your handheld device onto your big TV screen. Admittedly this is only available via Chromecast, but interactivity is only going to grow as TVs and smartphones develop.

Many other types of apps are being released for TVs and with the release of hardware like Amazon Fire Stick, Chromecast and Apple TV people can make their Smart TVs even smarter only using one of the USB ports. People can now play Android games through their TV, download films from iTunes and make a slideshow of their photographs. TVs are transporting viewers to exciting places whether that is a documentary about the rain forest, a fantasy world like LotR or a gaming “portal” like Betsafe – UK and their live casino app. This app – that works through Apple TV, Fire Stick or streaming it from your Chromecast – seats the player directly at a table with a real person dealing cards and they make decisions in real time and can win money via their TV.

Bigger sizes and higher quality resolutions are released every year and TVs guiding the developments in the media industry. Video (games) are constantly trying to keep sheer amount of pixels available. For example with the upcoming release of the PS4 Pro that lets fans play in 4K via upscaling, as native 4K would require four times more computational power then full HD.

At the moment if players want to experience true 4K/60fps gaming they will need to attach a gaming PC, but they can enjoy some of the best games with the likes of The Witcher 3, Star Wars Battlefield and Fallout 4. As this latest resolution is made more popular and the hardware is owned by more people, video games will begin to create games designed for 4K much like they are designed in HD at the moment.

VR is soon going to be released to the ordinary consumer and this is going to circumvent the need for a TVs for some people. This is because VR works by wearing a headset with a screen inside, fully immersing the viewer in a film or a game. It is possible that as VR grows in popularity the demand for high end TVs will drop and they might become obsolete. However, this isn’t likely to be for a while yet and since the TV industry is constantly pushing itself to develop new and more exciting products. It is also true that watching TV can be a social experience, with many families sitting down to watch TV shows and films and this is something that VR cannot replace.