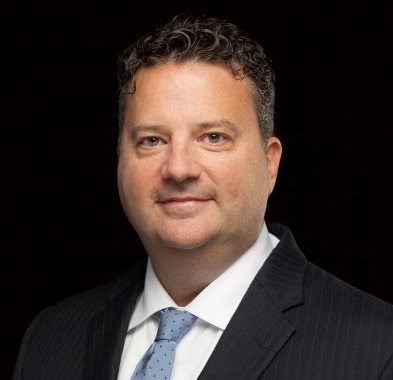 Scott Trezise, executive vice president of human resources at CenturyLink, answers the question: ‘Looking back, what advice would you give your younger self about career development’?

“They think analytically and distinguish themselves by having a can-do attitude”.

I’m happy to step into my role as executive vice president of human resources for CenturyLink  CTL 1.79%  at a time when the company is making big changes. But it took time to get here, and there’s a lot I wish I knew before starting down my career path.

The first advice I would give my younger self would be to work hard and to work smart. For generations, people have learned the lesson that good things come to those who work hard, and despite a world that changes faster every day, working hard remains a constant. In today’s world, we not only have to work hard, but we also have to work smart. We need to be able to leverage today’s changing technologies to make ourselves as effective and efficient as possible.

Second, I would say to be intellectually curious. Ask questions at every opportunity. In most situations, people love being asked questions — it gives them the opportunity to share their perspectives and impress those who are listening. By asking questions, you’re not only gaining knowledge, but you’re showing those around you that you want to learn. Intellectual curiosity challenges the status quo and creates a path for things to become bigger, better and faster.

To be intellectually curious requires courage — courage to distinguish oneself from the masses. My third piece of advice would be to be the one who asks the first question, be the one who challenges the status quo, be the one who volunteers for the toughest assignments, and be the one who has an opinion that’s different than others. Courage separates the few from the many. It can be scary, but it can also have a big payoff.

Fourth, think analytically: Speak with facts and data. I remember one of my senior leaders telling me, “Scott, you are a great debater, but as long as I am boss, if you have an opinion and I have an opinion, my opinion wins.” That was a great lesson. Anyone can have an opinion, but it’s data and facts that carry the most weight. Today, it is the analytical thinker who consolidates the massive amount of available data and synthesizes it into just a few compelling points who wins the day.

Finally, and most importantly, be optimistic. Those who can distinguish themselves by having a can-do attitude are those who grow their careers fastest. Those who believe they can get things done, get things done. Optimism not only breeds better individual results, but it’s also contagious and makes all those involved more productive. Optimism simply makes work more fun, but the most important aspect of professional optimism is that it ends up bleeding over into one’s personal life. More optimism leads to a happier personal life and greater career success.

This article was originally published on Fortune.com