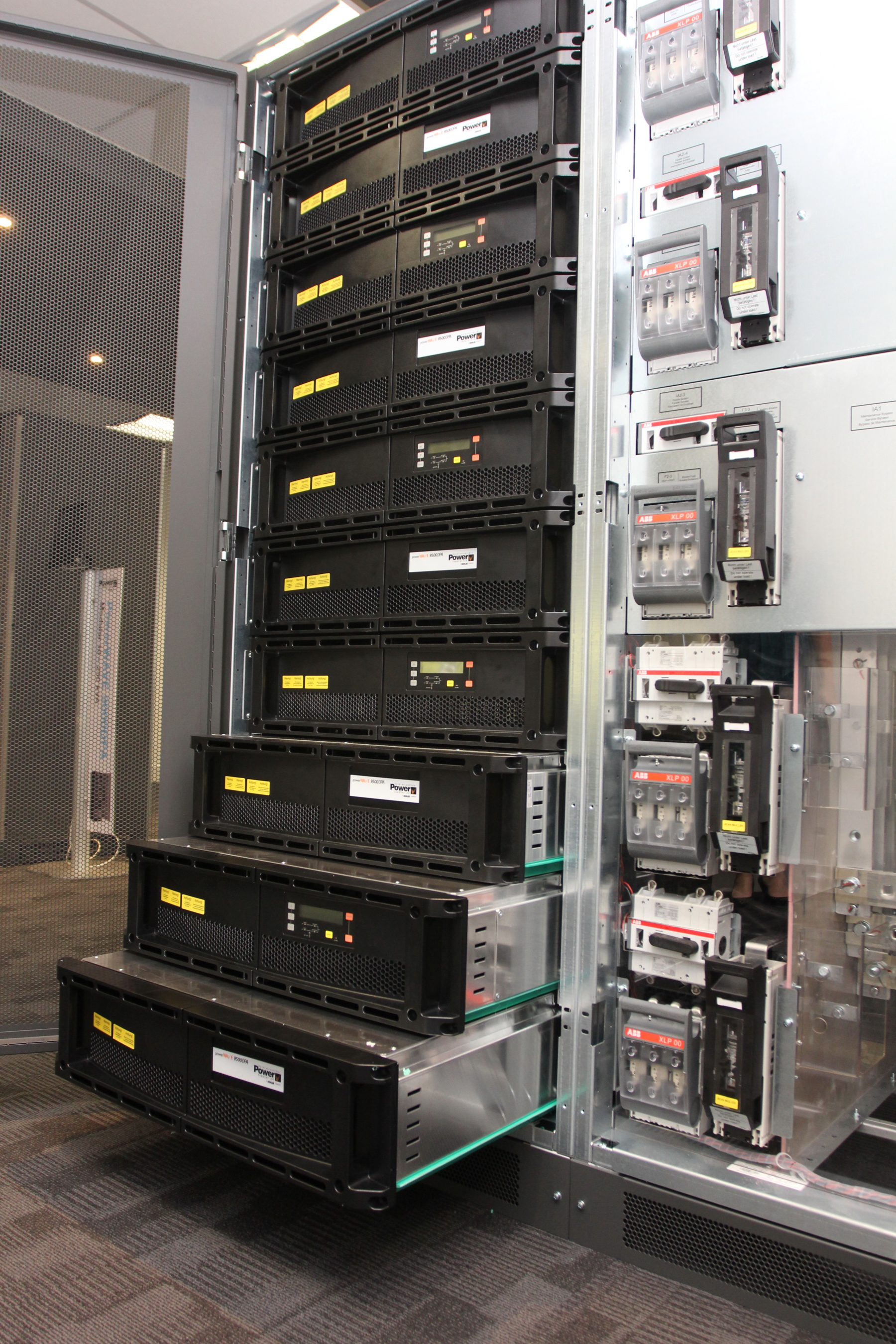 Since the financial crisis, capital for new projects has become much harder to obtain. Investing speculatively in projected future demand for IT capacity has become impossible in many circumstances. Businesses are instead starting to use a modular, scalable approach to their data centre requirements; starting from a minimal size and growing incrementally in pace with the demand for capacity.

To achieve this agility, support services such as the UPS system must be as scalable as the IT equipment it serves. In this article, Mike Elms, Technical Manager at Uninterruptible Power Supplies Ltd, a Kohler company, looks at modern UPS topology and how it can provide the modularity and scalability essential to today’s data centre requirements.

The concept of scalable data centres

The worst of the financial crisis may be over, although its effects on our way of thinking persist today and probably into the foreseeable future. When capital is now released for new projects, it is usually only after stringent analyses of the ROI possibilities and risks. Data centres, with all their ICT processing equipment and infrastructure capital costs, are no exception to these investment inhibitions and scrutiny.

These circumstances have allowed the concept of modular, or scalable data centres to gain a hold. A modular approach allows an enterprise to buy in only enough data processing resource for its immediate needs. Extra capacity can be added incrementally, with only incremental costs, at short notice and with little disruption to service. These possibilities exist irrespective of whether the data centre is standalone or part of a larger DC campus.

To reap these benefits fully, the modular and scalable approach must be extended to the data centre’s infrastructure as well as its ICT equipment.  Cooling equipment and uninterruptible power supplies (UPSs) are major components of this infrastructure. Both offer opportunities to improve scalability and efficiency through new technology and fresh approaches. Improved cooling efficiency for example, is sometimes achieved by using containerised data centres with sealed racks, or individual computer room air conditioning (CRAC) systems within IT equipment rows for more targeted cooling.

The benefits of modular UPS topology

The scalable data centre benefits significantly from the right modular UPS topology because it boosts electrical efficiency while extending the scalability concept. The last few decades have seen enterprises in commerce, industry and other sectors become increasingly dependent on UPS systems to ensure protected, uninterrupted power for their data resource. Earlier systems were implemented as relatively large, free-standing monolithic devices that were inflexible. By today’s standards older systems are inefficient. If demand increased beyond the original system’s capacity, a newer, larger system could be added or substituted.  This however was after considerable upheaval and interruption to UPS service as the building work and cabling installation tasks were completed. Due to these considerations, many users were tempted to install capacity far in excess of their immediate needs, which led to tying up capital on underutilised equipment. Since the loading on each UPS system decreased, efficiency was reduced.

Adding redundancy was also costly and wasteful. If a data centre was being supported by a standalone 50 kVA capacity UPS, redundancy could only be achieved at the cost of another entire 50 kVA system. Loading on each system could never exceed 50%, further reducing efficiency.

However, the advances we have seen in semiconductor technology, and the resulting move to transformerless solutions, have allowed major reductions in UPS size and weight. These are particularly significant because they make modular UPS topology possible. Instead of a single fixed, monolithic installation, UPSs become cost- and energy-efficient systems based on aggregations of smaller modules working together in parallel. These can easily be incrementally scaled to users’ exact requirements – and just as easily scaled again whenever those requirements change.
An example of modular UPS topology

The concept is clearly illustrated by Uninterruptible Power Supplies Ltd.’s PowerWAVE 9500DPA. This is a modular three-phase UPS system, as shown in Fig.1. Its capacity can be scaled from 100 kW all the way to 3 MW if required. The system is based on 19” frames with industry-standard dimensions; these accept individual 100 kW ‘plug-in’ modules, which users can simply add – or remove – as required. Each PowerWAVE 9500DPA frame accommodates from one to five modules, accordingly providing a capacity up to 500 kW. This flexibility is known as the UPS’s vertical scalability. Additionally, up to six frames can be paralleled together to provide a total UPS capacity of 3 MW; a property referred to as horizontal scalability.

With its scalability coupled to an efficiency of up to 96.1%, this PowerWAVE design fits comfortably with the overall concept of data centre scalability. Once the frames are installed, modules only require plugging in, so no further building work or installation of cables or switchgear is necessary. There are no UPS reconfiguration constraints to compromise the flexibility of a modular data centre.

In fact, the modules have ‘hot swap’ capabilities, so the UPS does not even have to be taken off line while modules are added or removed; the entire operation is invisible to the critical load. In this context, hot swappability also boosts another feature of modular systems that remains critical to all UPS users: high availability. As we shall see, modular systems achieve this by efficiently building redundancy into their configuration.

The modular design of our UPS example is implemented as a truly distributed parallel architecture. This means that there are no central static switches or any other single points of failure to compromise system reliability. Each module comprises a fully-functional UPS, with no dependence on external UPS components to keep it on line. A number of modules can be assembled into an N+1 redundant system to maximise availability. A 300 kW load, for example, could be supported by four 100 kW modules; if any one module fails, the remaining three can fully support the load until the faulty module is replaced.

How high is this availability? Very high indeed. In the PowerWAVE 9500DPA system, ‘six nines’ or 99.9999% availability becomes possible. This is because one of the key factors controlling a system’s availability is its mean time to repair (MTTR) – and for a hot swap modular system, this reduces to half an hour, compared with six hours for a standalone system.

The flexibility, space advantages and reduced redundant capacity requirements of a modular system compared with standalone implementations are highlighted by different levels of redundancy protection as shown in Figs. 2 and 3 below. Fig. 2 represents a variation of the N+1 arrangement mentioned above; here, a modular system within a single rack supports the 200 kW load. N+1 redundancy is achieved with just 100 kW redundant capacity, and there is room within the frame to plug in further modules should power demand increase. There is no need to find space or carry out building work to add the extra capacity. By contrast, the standalone system requires two complete units and, inevitably, 200 kW of redundant capacity. If the critical load then increases, floor space will have to be found for a third unit, together with the associated installation work, cabling and disruption.

These contrasts are further magnified in the situation represented by Fig.3. Here, a particularly critical load is supplied by two entirely independent power feeds; each feed is protected by a UPS with N+1 redundancy. The advantages of the modular frame over the standalone units are the same as for the simpler N+1 example, except that the standalone solution now includes 600 kW of redundant capacity, compared with 200 kW for the modular frames. Also, the standalone implementation now requires four separate units, which must be increased by a further two if any future expansion becomes necessary.

Overall, we have seen how choosing a UPS system with the right modular topology supports the vision of enterprises seeking the benefits of a modular data centre approach. The scalability of the UPS system can easily match that of the entire data centre. UPS capacity can be quickly and incrementally added to match growing loads, without interruption to the power supply or disruption within the data centre building. All of this can be achieved whole enjoying high levels of UPS efficiency and minimal need for cooling. At the same time, hot swap modularity allows up to 99.9999% availability – a consideration never far from any data centre operator’s mind.